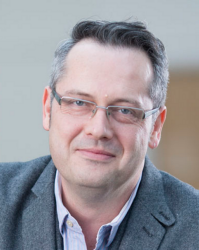 Prof. Richard Bowden received a BSc in computer science from the University of London in ’93, an MSc with distinction from the University of Leeds in ’95, and a PhD in computer vision from Brunel University in ’99 for which he was awarded the Sullivan Doctoral Thesis Prize. He is Professor of Computer Vision and Machine Learning at the University of Surrey, UK, where he leads the Cognitive Vision Group within the Centre for Vision Speech and Signal Processing and was recently awarded a Royal Society Leverhulme Trust Senior Research Fellowship. His research centres on the use of computer vision to locate, track, and understand humans. He is an Associate Editor for Image and Vision Computing and IEEE Pattern Analysis and Machine Intelligence. He was a member of the British Machine Vision Association (BMVA) executive committee and a company director for seven years. He is a member of the BMVA, a fellow of the Higher Education Academy, a senior member of the IEEE and a Fellow of the International Association of Pattern Recognition. 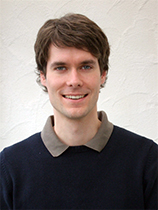 Prof. Dr. Juergen Gall is professor and head of the Computer Vision Group at the University of Bonn since June 2013. After his Ph.D. in computer science from the Saarland University and the Max Planck Institut für Informatik, he was a postdoctoral researcher at the Computer Vision Laboratory, ETH Zurich, from 2009 until 2012 and senior research scientist at the Max Planck Institute for Intelligent Systems in Tübingen from 2012 until 2013. He received a grant for an independent Emmy Noether research group from the German Research Foundation (DFG) in 2013, the German Pattern Recognition Award of the German Association for Pattern Recognition (DAGM) in 2014, and an ERC Starting Grant in 2016. He is further spokesperson of the DFG funded research unit “Anticipating Human Behavior” at the University of Bonn since 2017. 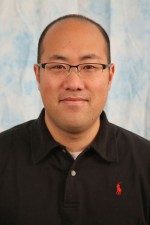 Prof. Kris Kitani is a Systems Scientist in the Robotics Institute at Carnegie Mellon University. He specializes in the area of human activity understanding from video. His work on learning actions from video was awarded the Best Paper Award at the Meeting on Image Recognition and Understanding (MIRU) 2008, the largest computer vision conference in Japan, and the Best Journal Paper Award from the Institute of Electronics, Information and Communications Engineers (IEICE) in 2010. His work on activity forecasting was awarded the Best Paper Honorable Mention Award at the European Conference on Computer Vision (ECCV) in 2012. He is currently an Associate Editor of the IEEE THMS journal special issue on Wearable and Ego-vision Systems for Augmented Experience and has organized several workshops on Egocentric (First-Person) Vision at CVPR. His work has been featured in the popular press such as the Wall Street Journal, Washington Post and ABC news. 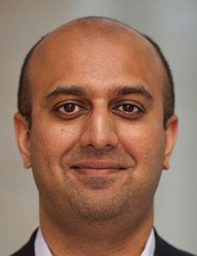 Prof. Yaser Sheikh is an Associate Professor at the Robotics Institute, Carnegie Mellon University, with appointments in the Mechanical Engineering Department and the Quality of Life Technology Center. His research interests span computer vision, computer graphics, and robotics, and are focused on the machine perception of social behavior. He has won Popular Science’s Best of What’s New Award, the Honda Initiation Award (2010), best paper awards at WACV (2012), SAP (2012), SCA (2010), and ICCV THEMIS (2009), and the Hillman Fellowship for Excellence in Computer Science Research (2004). He has over 50 publications in leading conferences in computer vision, computer graphics, and machine learning, and holds four patents on his research. Yaser has served as a senior committee member at leading conferences in computer vision, computer graphics, and robotics including SIGGRAPH (2013, 2014), CVPR (2014, 2015), ICRA (2014), and ICCP (2011). His research is sponsored by various government research offices, including NSF and DARPA, and several industrial partners including the Intel Corporation, the Walt Disney Company, Nissan, Honda, Toyota, and the Samsung Group. His research has been covered by various media outlets including The New York Times, Popular Science, BBC, MSNBC, New Scientist, slashdot, and WIRED. He received his PhD in 2006 from the University of Central Florida advised by Prof. Mubarak Shah, and his BS degree from the Ghulam Ishaq Institute of Engineering Science and Technology in 2001. 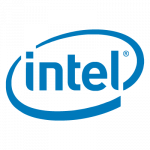